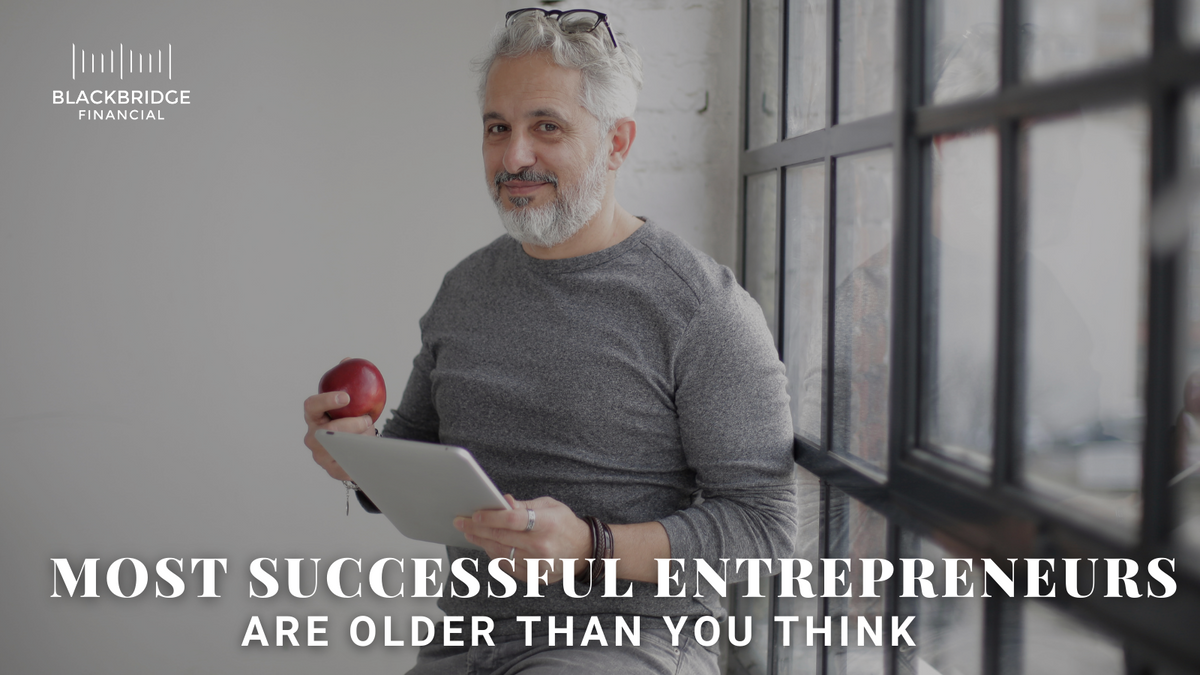 Most Successful Entrepreneurs are Older Than You Think

The romanticized image of entrepreneurs is a picture of youth: a 20-something individual with disruptive ideas, boundless energy and a still-sharp mind. Silicon Valley has bet on this image for years.

But is this right?

Far from it, according to our recent research with Javier Miranda of the U.S. Census Bureau and Pierre Azoulay of MIT.

Our team analyzed the age of all business founders in the U.S. in recent years. We found that the average age of the most successful entrepreneurs is 45 – and that founders in their 20s are the least likely to build a top firm.

The myth of the young entrepreneur

The idea that the most successful new business ventures come from the young, even the very young, is widespread.

Younger people are often thought to be less beholden to current thinking and thus more naturally innovative and disruptive. Many observers (perhaps enviously) believe the young have more time and energy, with fewer family responsibilities like nightly dinner with the kids or financial demands like mortgages. Besides, as Facebook founder Mark Zuckerberg said, “Young people are just smarter.”

Young founders also make for a dramatic story. The college dropout or young corporate drone shakes off conventional expectations to launch a new business with a ragtag team of fellow 20-somethings. After countless late nights, they emerge with the new killer app or consumer product that takes the market by storm, landing them on the cover of Inc., creating enormous personal wealth, and reminding stuffy executive types that hungry young upstarts can and will eat their lunch.

This stereotype has meaningful consequences. In Silicon Valley, for example, venture capitalists show a clear bias toward investing in younger founders, often leaving older founders out in the cold. The perceived link between youth and success is so prevalent that some tech workers reportedly seek plastic surgery to appear younger.

But the image of the young entrepreneur didn’t hold when we looked at the data.

Past studies of high-growth entrepreneurship and age have yielded conflicting results, based in part on small and selected data sets that researchers studied.

To examine the question more definitively, we conducted an internal project at the U.S. Census Bureau. That enabled us to examine all businesses launched in the U.S. between 2007 and 2014, encompassing 2.7 million founders. We compared founder age to firm performance measures, including employment and sales growth, as well as the “exit” by acquisition or IPO.

Successful entrepreneurs are much more likely to be middle-aged, not young. For the top 0.1 percent of fastest growing new businesses in the U.S., the average age of the founder in the business’ first year was 45.

Similarly, middle-aged founders dominate successful exits. By our estimation, a 50-year-old founder is 1.8 times more likely than a 30-year-old founder to create one of the highest growth firms. Founders in their early 20s have the lowest likelihood of building a top-growth firm.

Why would entrepreneurs get better with age? It’s not clear, but we have a few theories. More seasoned entrepreneurs may draw on greater experience in management or deeper industry-specific knowledge. They may also have greater financial resources and more relevant social networks to leverage the founder’s business idea. For example, our study showed that prior work experience in the startup’s specific industry more than doubled the chance of an upper-tail growth success.

Even some of the most famous young founders tend to peak toward middle age. For example, Steve Jobs and Apple found their blockbuster innovation with the iPhone, released when Jobs was 52.

By continuing to associate entrepreneurship with youth, investors are likely betting too young. If venture capitalists and other early-stage investors take our findings to heart, they’ll consider founders from a broader age range and may thereby potentially back higher-growth firms.

By the same token, middle-aged would-be entrepreneurs may feel more confident about their chances – and more likely to pursue resources they need to bring business visions to life.

On an even broader scale, the emphasis on young entrepreneurs has likely skewed innovation and its funding toward problems that the younger segment understands best. Updating views of the entrepreneur’s life cycle – and peak performance within it – may shift innovation toward areas that older individuals might know better.

The myth of the young entrepreneur is an age-old image, but perhaps one whose number is finally up.

The authors do not work for, consult, own shares in or receive funding from any company or organization that would benefit from this article, and have disclosed no relevant affiliations beyond their academic appointment.

All information is believed to be from reliable sources; however LPL Financial makes no representation as to its completeness or accuracy.